Cricket has become a very lucrative business there are so many interesting facts about cricket boards that we should know. We all know how cricket players make money but do we know the revenue streams of the richest cricket boards in the world? There are many factors that determine the net worth of a particular cricket board which we’ll discuss one by one.

Factors involved to become the richest cricket board

1. Dependence on the Audience

It is observable that, during matches; a specific audience in the stadium empowers the team spirit. That is called the on-camera audience. Another type of audience is behind the camera. The audience that watches matches on media is largely valuable. Because media rights and team sponsors pay per the viewership to some extent.

The richest Cricket boards around the world earn revenue from a variety of sources, but one of the most important is the audience that watches and supports the sport. No wonder the Indian Cricket Board is the richest cricket board in the world as 90% of cricket followers come from India. Cricket boards receive money from ticket sales, television rights, and advertising, among other things. But how do they make sure that they are getting the most out of their audience?

Cricket boards around the world are cashing in on the popularity of the sport by selling broadcasting rights and selling tickets to matches. But what many fans don’t realize is that cricket boards also earn a lot of money from their audience.

So next time you watch a cricket match, remember that the boards are earning from you, the audience. And it’s all thanks to the popularity of the sport.

In special cases, such as the matches between two politically opposing countries get a huge audience. Especially India vs Pakistan and England vs Australia. These are top-ranked countries, whose matches are watched globally in high ratios. It means the audience-grabbing teams get viewership. The viewership of such teams in matches leads to a continuously increasing in terms of revenue.

Cricket is undeniably popular in countries such as India, Australia, England, Pakistan, and New Zealand. Hence these teams and cricket boards are comparatively richer than unpopular cricket nations.

How do the Cricket boards earn money?

The massive sources of income for the richest cricket boards are:

What do you understand by media rights?

Media rights in the field of cricket are broadcasting rights, which are essential for recording and visualizing the moments of cricket matches on television. The rights of broadcasting through media are given to specific markets on a contract basis. Different advertisements are played in the media. Those advertising brands and companies pay a heavy amount to media, to get themselves to be seen on cricket screens. This money is then offered to cricket boards by the media. Media invests a part of its income in contracts with cricket boards.

Title sponsors are investing in hosting and organizing cricket matches. The cricket boards get themselves economically stable with the contribution of title sponsors. Title sponsor offers the services of a specific title i.e. Mastercard for transactions in sponsorship.

The third factor for earning for cricket boards is Team sponsors. A lot of contribution goes to cricket boards on behalf of team sponsors. The brands, that pay a reasonable amount, made deals. They offer their brand logo on uniform T-shirts, bats, etc. In this way, the brand makes itself popular. Their popularity is almost dependent on team sponsorship investment. The more they invest, the more would be their popularity.

There is no doubt that the game of cricket has become more commercialized in recent years, with the advent of Twenty20 (T20) cricket and the establishment of several high-profile T20 leagues around the world. This has led to a corresponding increase in the amount of money that cricket boards are able to generate from these leagues. The richest cricket boards around the world are earning big money from the Twenty20 leagues.

The richest cricket board in the world is the Board of Control for Cricket in India (BCCI), which is worth an estimated $2.5 billion. The BCCI generates the majority of its revenue from the Indian Premier League (IPL), which is the world’s richest cricket tournament and most cash-rich league, followed by the Big Bash League (BBL) in Australia.

International Cricket Council invests in organizing matches among the teams of countries and organizing the ICC events. The major source of revenue for ICC is TV telecast rights, and media rights of its events i.e. World Cup, Champions Trophy, etc. The revenue generated by ICC through tournaments is divided between cricket boards around the world.

By selling t-shirts and hats

Cricket boards can make money by selling T-shirts and hats of their team, which people like to wear to get a different perspective on others. They may sell objects that they collected or kept after being associated with memorable people or auspicious events that warrant a high price.

EARNING BASED ON TICKETS

Hence, earning through tickets is not a major revenue stream for the richest cricket boards in the world but some boards make a lot from tickets for the matches. 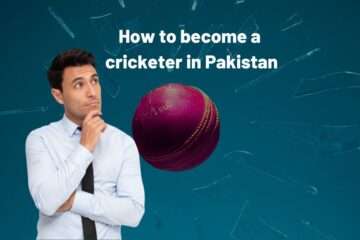 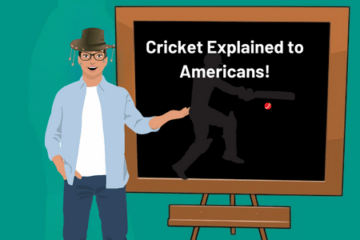 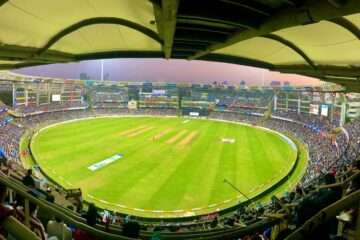