Pakistan domestic cricket structure is one of the most competitive and well-organized structures in cricketing countries. In order to succeed in the competitive field of professional Pakistan cricket and to join the Pakistan national cricket team. it is first best to consider understanding the administrative structure of cricket in Pakistan.

With that in mind, I wrote the following as a guide to the essential steps on your journey to becoming a professional cricketer in Pakistan.

Since 1947, various changes have been made to the top level of domestic cricket in Pakistan, with the most recent restructuring being in 2019. Chairman PCB introduced to us a new domestic cricket structure that is based on state cricket. Here this article provides you with a Pakistan Domestic Cricket, structure, and how to become a cricketer in Pakistan.

At the very beginning, it is required to give you some briefing about PCB so you can understand the topic more clearly.

An Overview of The Old Pakistan Domestic cricket Structure

Before 2019 the old structure was based on departmental cricket or on the two grades of cricket. The one is called first class or Grade One Cricket called Quaid-e-Azam Trophy. In this first-class tournament, eight top departments and eight top regions play their part.

The Grade 2 Cricket is called a Patterns Trophy in which the bottom eight departments and regions take part. But the new cricket board and current PCB chairman observed that the state cricket structure is far better enough than the departmental cricket structure. In 2019, Imran Khan was the prime minister of Pakistan. He gives a unique persuasion about its structure to the PCB chairman, so he formatted the PCB accordingly.

The New Chairman PCB announced reforming its structure, the Imran Khan play a key role in its formation. According to him, “state cricket should be organized and replaced by departmental cricket”. He was inspired by the cricket structure in Australia when he was playing shuffle shield cricket, which is a state-based cricket. By taking aim in his heart, he successfully introduced this format in his beloved nation.

Pakistan’s domestic cricket structure is divided into three stages. Cricketers have to come through these stages to join Pakistan national cricket team. The first step is Club Cricket, then it turns into City cricket known as the City cricket association. After that, State cricket is the last destination to become a cricketer in Pakistan. In other words, it is a three-tier system.

Have a look to get comprehensive information on all the stages to become a cricketer in Pakistan.

PCB chairman announces to revive of club cricket in Pakistan so that every club can get affiliation with PCB. Many cricket clubs have registered with PCB. Now every match between the different clubs monitors by PCB. The player who performs well and the team which wins the battle then go to the next level and play in their city cricket matches.

To find exceptional cricketers and give them equal and fair opportunities, CCA conducts open trials for all age groups. As things stand, More than 2700 players got selected every year and divided into different age groups and 90 cricket associations. Pakistan domestic cricket organizes cricket tournaments for them where top performers qualify for State cricket.

Once you are participating at a city level with your eye keenly on state Cricket. State Cricket is one in which the different state (province) teams take part and the matches will be played between them. The team which played well in all the matches against the defending ones will then be selected to play matches at the international level. There are six provinces that form the state cricket. State cricket includes:

The entire matches of the Quaid-e-Azam Trophy 2022-23 will be 31, in which a double-round system will be ruled. So each team has to play two matches against one team.

Quaid-e-Azam Trophy is the first-ranked cricket tournament in Pakistan. It is planned to schedule into two parts, one from 14 September to 8 October and the second from 28 October to 13 December. The reason for the gap is Pakistan cricket schedule. Pakistan national cricketers have tight international commitments. By considering the Pakistan cricket schedule 2023 PCB creates the window for Quaid-e-Azam Trophy.

National Under-19 cricket has a similar structure as First Class cricket, based in 6 states and the team is selected in the same manner, consisting of 32 players. It is based on one-day and three-day matches starting on 1 October to 12 November.

Cricket Explained To The Americans! Cricket; is More Popular Than You Think

It comprises two grades of cricket, and the format is like the above tournaments. It starts on 24 March and ends on 24 April. Both the Grade one and Grade two Pakistan Cup begin to play on the same dates.

The PCB has taken steps to make the state teams stronger. They announce some courses which enhance the players’ cricket. With these courses, they are able to learn about more tricks and techniques and their quality of cricket increases most of the cricketers and staff also go to another country for more practice or to test new wickets and pitches. It is very helpful to make our country’s cricket strong.

Each state has three selectors who select the players ( under-16, under-19, and state team players) by taking opinions from each other.

You also can see a professional staff as each state team has its, balling coach, bating coach, trainer, physiotherapist, and all the requirements which are included in a professional cricket team.

Moreover, PCB also introduced the kookaburra ball, which is used at the international level. It gives the players the benefit they are able to play and face the original ball. So, now in first-class cricket or other crickets, a kookaburra ball is provided.

In short, in the New Domestic Structure, PCB efforts to lower the number of teams to increase the quality of cricket, also to provide money and other benefits for the coaches, batsmen, ballers, and teams, and shorten the gap between domestic and international cricket. A person can become a professional cricketer by going through this step-by-step procedure. First, it has to play club cricket, then City cricket, then State Cricket. After that, he was able to be selected for the National Cricket Team.

If you follow Pakistan Cricket and Pakistan cricket news, must read these topics: 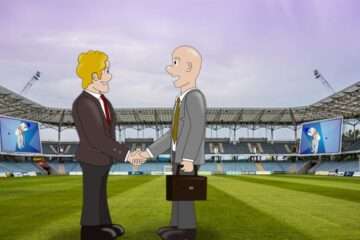 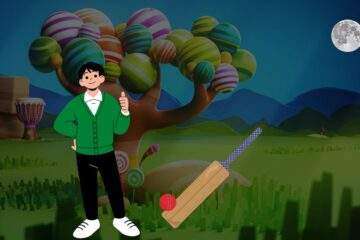